As the total number of visitors to EXPO 2012 Yeosu Republic of Korea surpasses 300,000, interest in ocean affairs in Republic of Korea as well as other countries continues to grow. Appropriately, experts on the law of the sea from across the world have gathered to share their wisdom for improved utilization of the sea and its resources. 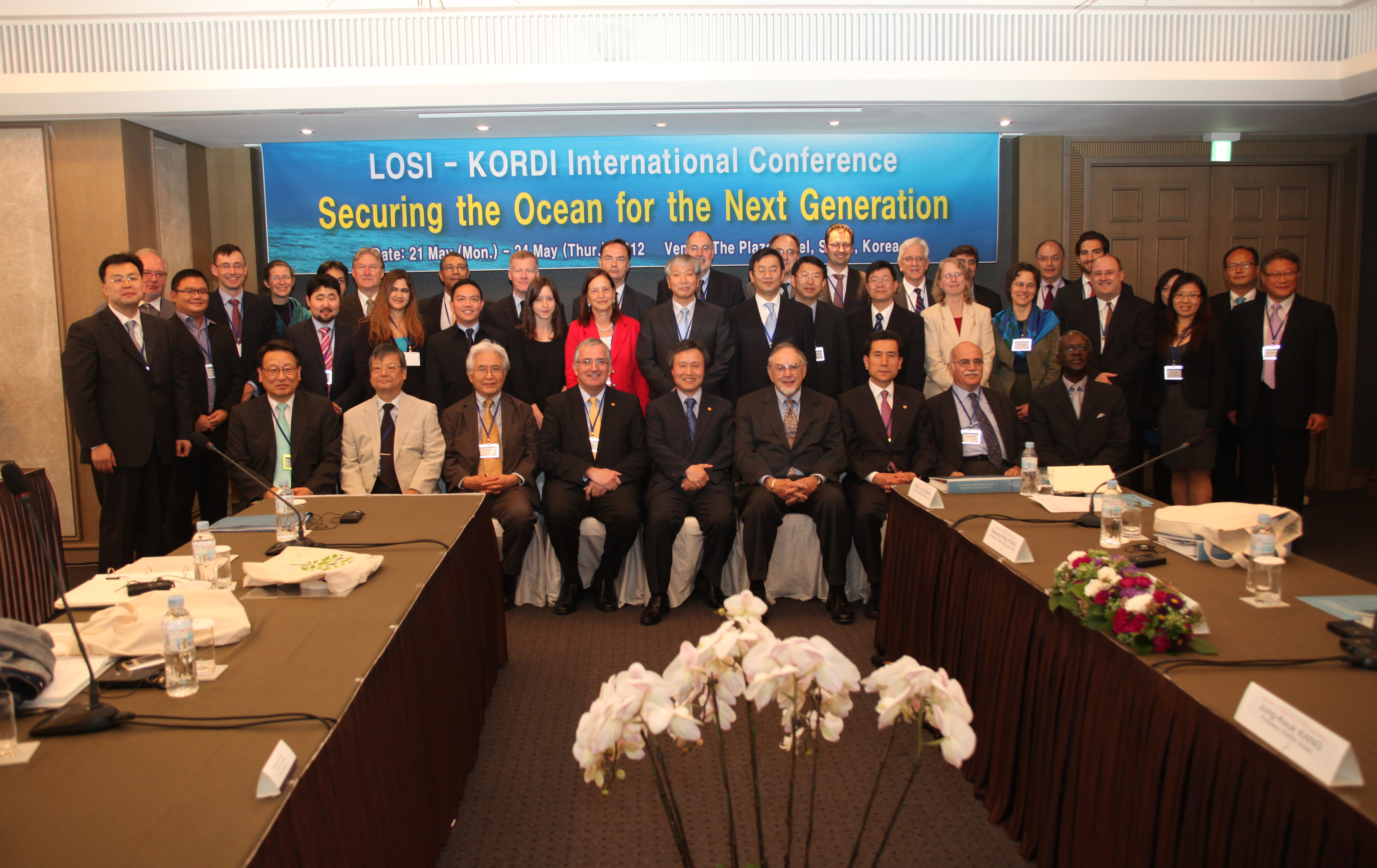 The Korean Ocean Research and Development Institute (Director, Kang Jung-keuk) announced that the ‘LOSI - KORDI International Conference’ would be held to seek practical resolutions in response to international problems caused by the recent globalization of maritime activities.

The ‘Annual International Conference on the Law of the Sea’ is jointly sponsored by the Republic of Korea Ocean Research and Development Institute and the Law of the Sea Institute, University of California, Berkeley. This year, the meeting will be held from May 21 to May 24 at the Seoul Plaza hotel, Seoul, Republic of Korea, with the main theme “Securing the Ocean for the Next Generation: Sustainable Development of the Sea and Governance".

Albert J. Hoffmann, Deputy Director of the International Tribunal for the Law of the Sea, and 80 other scholars of the law of the sea and policy from 17 countries will attend the conference. At the conference they will present recent results of studies on environmental ocean conservation, scientific marine research, the development of seabed resources, maritime delimitation and other diverse issues in the marine science fields.

In particular, participants will review the past 30 years after the declaration of the United Nations Convention on the Law of the Sea in 1982, share their visions for the future, and discuss in depth the improvement of general international rules for the use, control and preservation of the sea. The results will be actively implemented by the establishment of policy pertinent to the law of the sea in each nation.

Kang Jung-keuk, president of the Korean Ocean Development and Research Institute, stated that “As ocean development becomes more important worldwide, it is time to pay more attention to the adverse effects of maritime activities. It is anticipated that through this annual conference, diverse, sustainable international laws of the sea will be made for the future.”