KIOST wins a series of awards

IOST wins a series of awards

- Earning the 2012 Donation for Education Award and other prizes -

□         The Republic of Korea Institute of Ocean & Technology (KIOST) has won a series of awards for its many activities to promote and communicate science to the public.

□         KIOST won the prize from the Minister of Education, Science and Technology in the category of donor organizations at the 1st Republic of Korea Donation for Education Awards ceremony held at the El Tower in Yangjae-dong, Seoul, on Dec. 7.

○        The institute has been authorized by the government as a donor organization for educational donations for two consecutive years？2011 and 2012. Its Donation for Education Award was given in recognition of the diverse on-site experiential programs it provides.

○        An important factor in winning the award is that KIOST, in particular, has organized educational programs not only in the metropolitan area, but also in many regional areas using the facilities at its branch offices in Geoje in Gyeongsangnam-do, Uljin-gun in Gyeongsangbuk-do and Daedeok in Chungcheongnam-do.was. 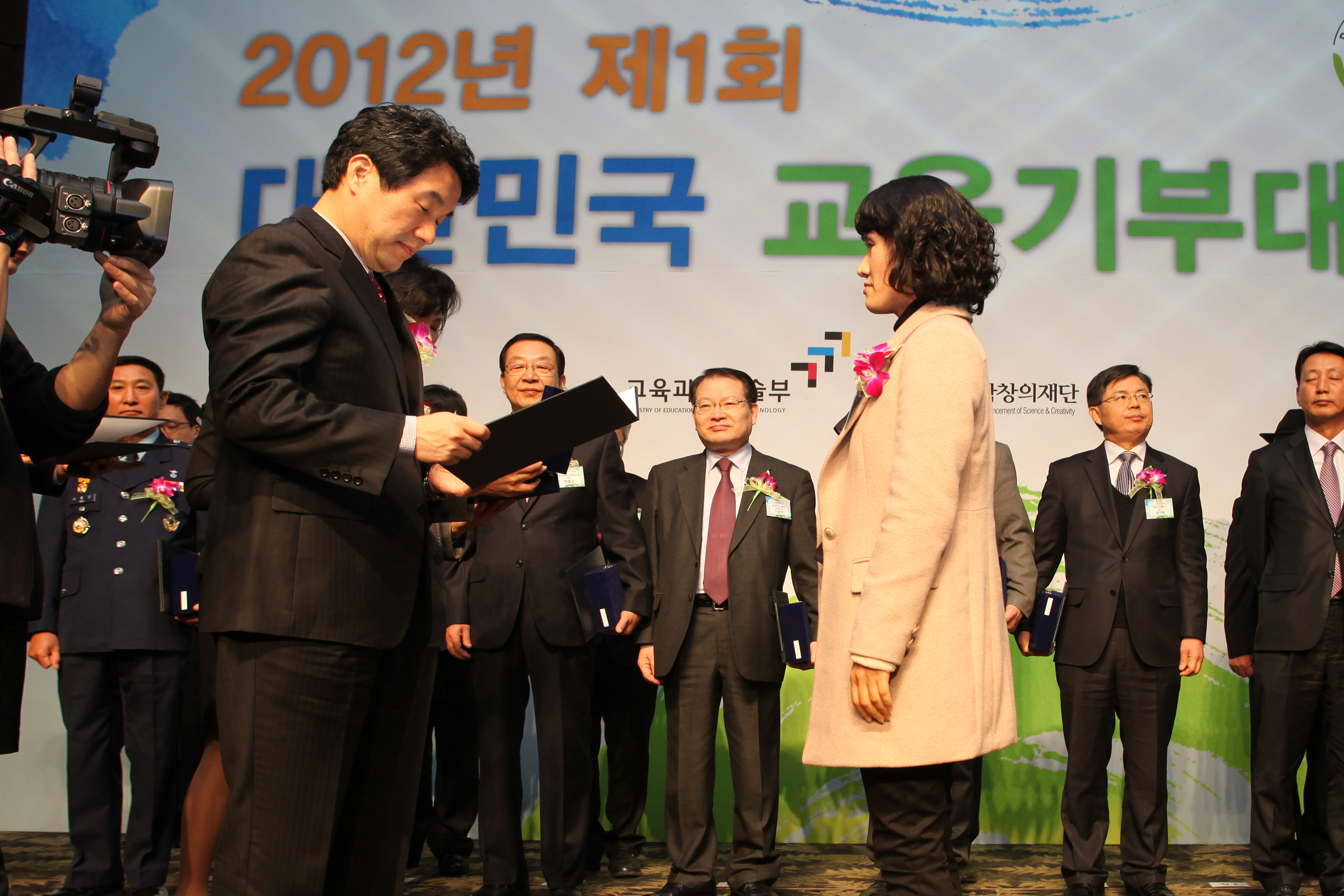 < Kim Na-yeong, right, director of the PR Team of KIOST, receives the Republic of Korea Donation for Education Award on Dec. 7. >

□         Meanwhile, the Republic of Korea Internet Professional Association gave the KIOST website top awards at the 9th Web Awards Republic of Korea in the categories of public organizations and cyber exhibition on Dec. 6.

○        KIOST renovated its website on July 1 to coincide with its inauguration, focusing on user-friendly accessibility and strengthening content in various marine science and technology areas. 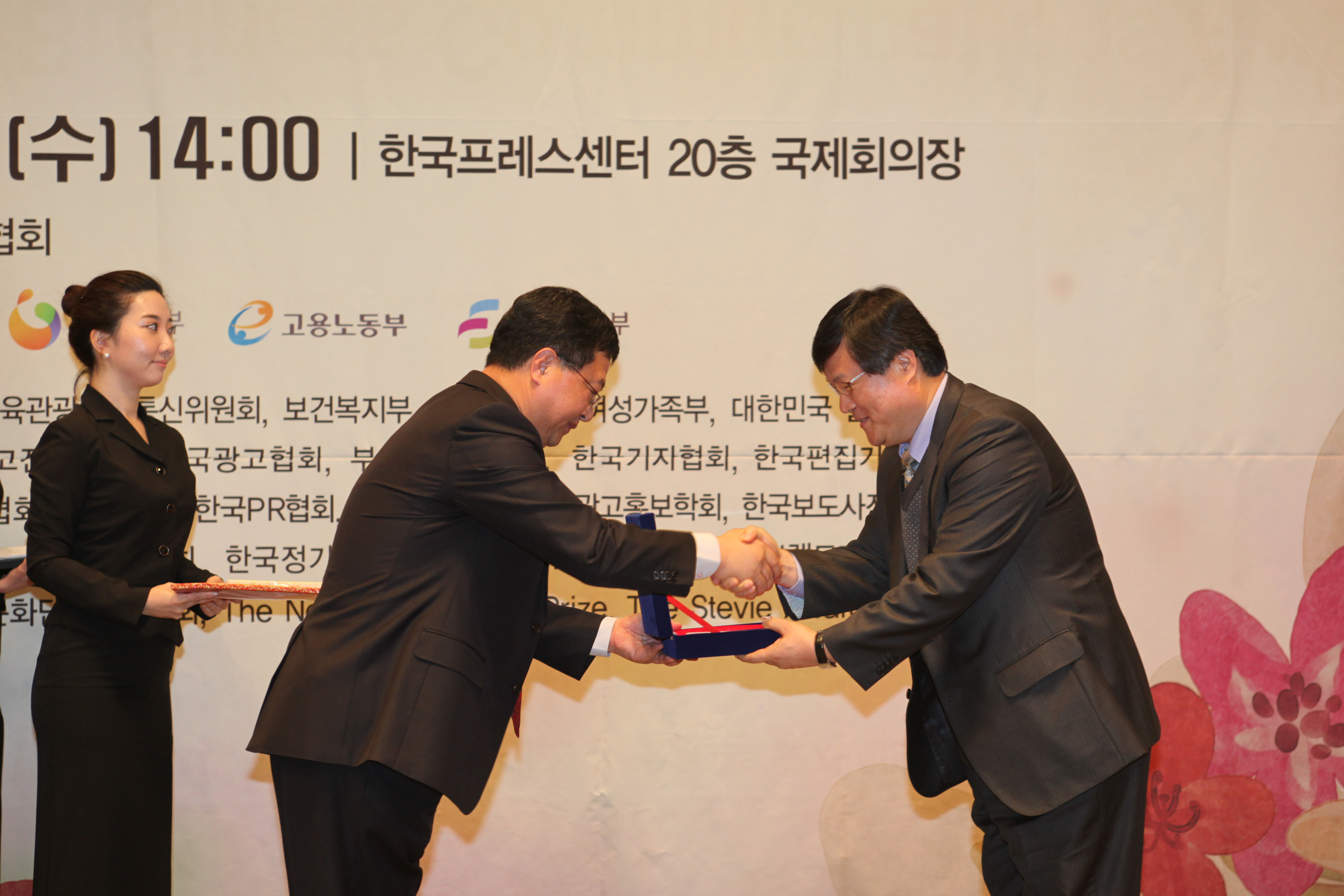 < Han Jong-yeop, director of the KIOST Library, receives the Republic of Korea Communication Award on Nov. 28. >

○        SEE THE SEA, which won the prize in the public sector planning category, is a quarterly published for both KIOST’s clients and the general public. Since it was first published in 2009, many readers have enjoyed its easy to understand and interesting articles on marine science.

○        KIOST’s 2011 Annual Report won the first prize in the publication category. This was the second time that an annual report from KOIS has won the honor. The annual report of 2011, which features as its theme Humans, Oceans and their Harmonious Coexistence for the Creation of a Better Future, has received praise from the public.

A KIOST official said he believes the awards were in recognition of the institute’s continuous efforts to strengthen communication with the public through educational activities using diverse off and online media. “We will continue to provide the public with information on research outcomes and marine science in interesting ways so that everyone can understand the importance of research in marine science and technology,” he said.