Based on the theme “Marine Ecosystem Modeling, Observation, and Remote Sensing,” the Workshop was held at the KIOST Ansan Headquarters from March 18 through 20, with 30 experts in related fields (22 experts from KIOST and 8 experts from PML) in attendance. 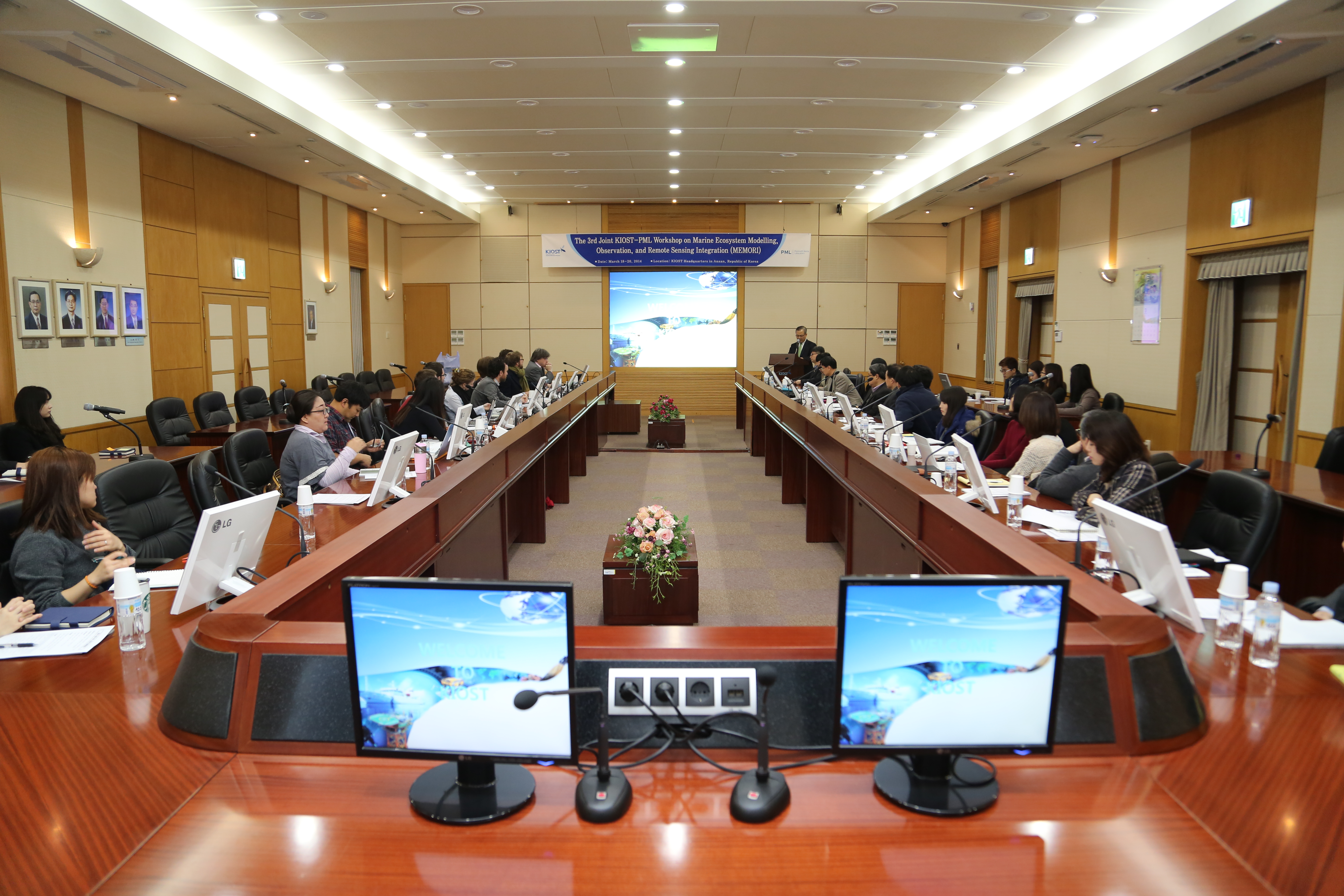 Research conducted by both institutions in 25 different areas and their research results were presented during the Workshop. Notable presentations were Dr. Jeon Dongchull’s “The Impact of Changes in the Northwest Pacific Ocean on the Waters surrounding the Korean Peninsula” and Dr. Park Young Je’s “Marine Remote Sensing Utilizing a Geostationary Orbit Satellite” from KIOST and Dr. Icarus Allen’s “Integrated Marine Ecosystem Research Strategy Utilizing Modeling, Observation, and Remote Sensing” from the PML.

In addition, participants discussed global issues, such as climate change, interchange of gases between the atmosphere and the oceans, and intermediate coupled ocean cycle and ecosystem modeling, as well as issues in various fields of oceanography, such as the characteristics of regional seas, including the Yellow Sea, East Sea, and North Sea. Based on the discussions, potential joint research projects to be pursued by the two institutions were identified and proposed.

Since opening the KIOST-PML Lab at the PML in October 2011, the two institutions have collaborated in many fields, such as nanoplastic marine pollution, marine ecosystem modeling, long-term monitoring, impact assessment of CO2 storage in the seas, satellite remote sensing, marine biotechnology, marine and atmospheric gas interchange, and marine acidization.

The 1st Joint KIOST-PML Workshop was held at the PML in March 2012, which saw the beginning of joint research on the application of the marine ecosystem model developed by PML to Korean waters.

President Kang of KIOST remarked, “The 3rd Joint Workshop was a platform to present and discuss the results of research that has been conducted jointly by the two institutions so far,” and that “it is meaningful in that it has created a foundation to share tools, such as modeling and remote sensing, and mobilize the capacities of both institutions in taking up the challenge of solving global issues facing the marine ecosystem.”