The construction of Republic of Korea ’s first large-scale oceanographic research vessel is now in full swing. The shipbuilding project is being jointly pursued by the Ministry of Oceans and Fisheries (Minister Lee Ju-young), the Republic of Korea Institute of Ocean Science and Technology (KIOST) (President Kang Jung Keuk), and STX Offshore and Shipbuilding Co., Ltd (President and CEO Jung Sung-leep).

KIOST announced the hosting of the keel-laying ceremony for the large oceanographic research vessel at the STX Offshore and Shipbuilding hull assembly shop, 31BAY, on April 1 at 11:00 a.m. The ceremony was attended by representatives of related organizations, including the Ministry of Oceans and Fisheries, and marine scientists. 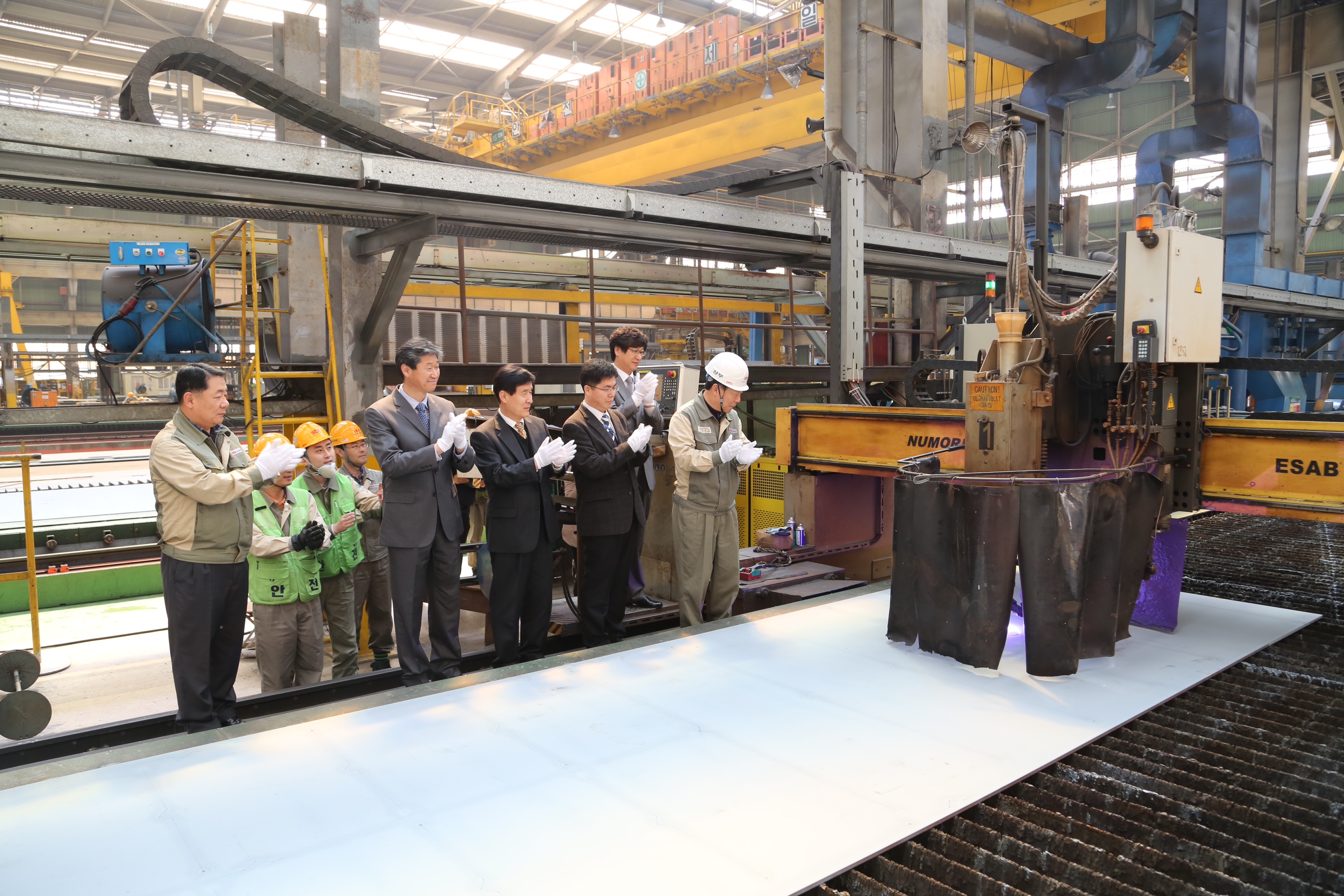 The Large-scale Oceanographic Research Vessel Detailed Design and Construction Project is one of the national research and development projects being undertaken by the Ministry of Oceans and Fisheries, and aims to launch the vessel in June 2016. In December 2012, KIOST and STX Offshore and Shipbuilding signed a shipbuilding contract covering a total of 36 months, including 16 months for design and 20 months for construction. The design process has been successfully completed, and now that the keel-laying ceremony has been held, the next 20 months will be devoted to the construction of the ship.

Republic of Korea ’s first large-scale oceanographic research vessel will boast a mast of 100m, weigh a total of 5,900 tonnes, and house more than 40 different types of state-of-the-art research equipment. It will be constructed so that some 60 passengers will be able to reliably conduct research in rough waters for more than 50 days.

Most notably, it will be built with purely domestic Korean technology. Experts anticipate that this will provide an opportunity to not only acquire high value-added research vessel shipbuilding technology, an area previously dominated by countries more advanced in marine science and engineering, but simultaneously build inroads into new markets for the construction of special-purpose vessels.

Park Cheong Kee, head of the Research Vessel Building Unit at KIOST, remarked, “Workers in ocean science and the marine industry have long desired a large-scale oceanographic research vessel that can conduct global research and development,” and that “the construction of this research vessel will represent Republic of Korea ’s cutting-edge marine infrastructure sailing the five oceans, signifying a great step forward in terms of the competitiveness of Republic of Korea ’s marine science and technology.”