A joint team of researchers from KIOST and MS
has developed the technology to achieve multiple cropping of seaweed,
the first of its kind in Republic of Korea

The Republic of Korea Institute of Ocean Science and Technology (KIOST, President: Hong Gi-hun) reported that it, along with Marine Service Co., Ltd. (MS, CEO: Kim Tae-heon), which specializes in marine new and renewable energy R&D, succeeded in developing a material that stimulates the growth of seaweed.

It is expected that the seaweed growth promoting material jointly developed by the KIOST team, led by Dr. Kang Do-Hyung, and the MS Research Institute (Director: Song U-si) can also be used for the production of raw materials for bioethanol and the development of food ingredients. 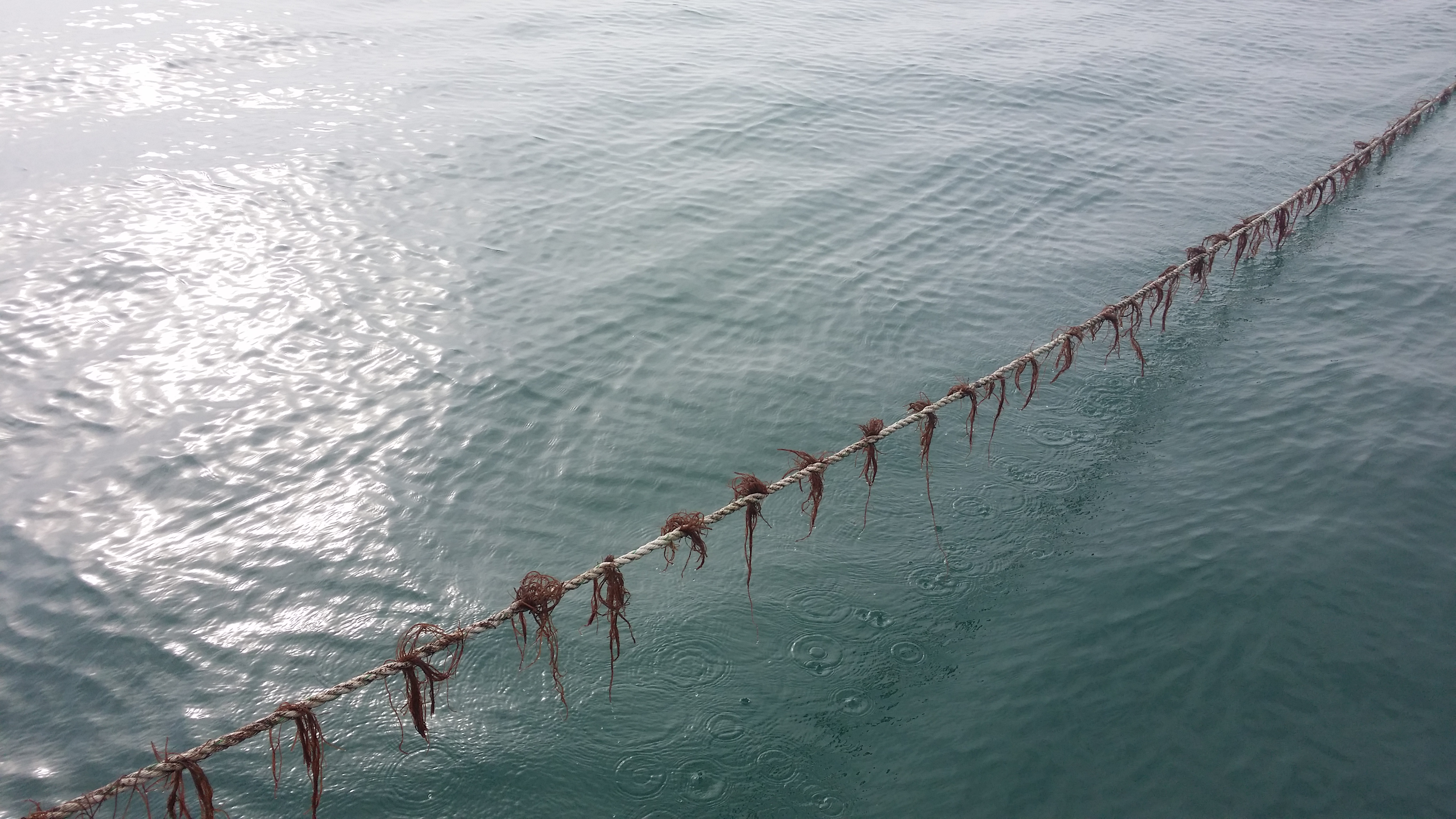 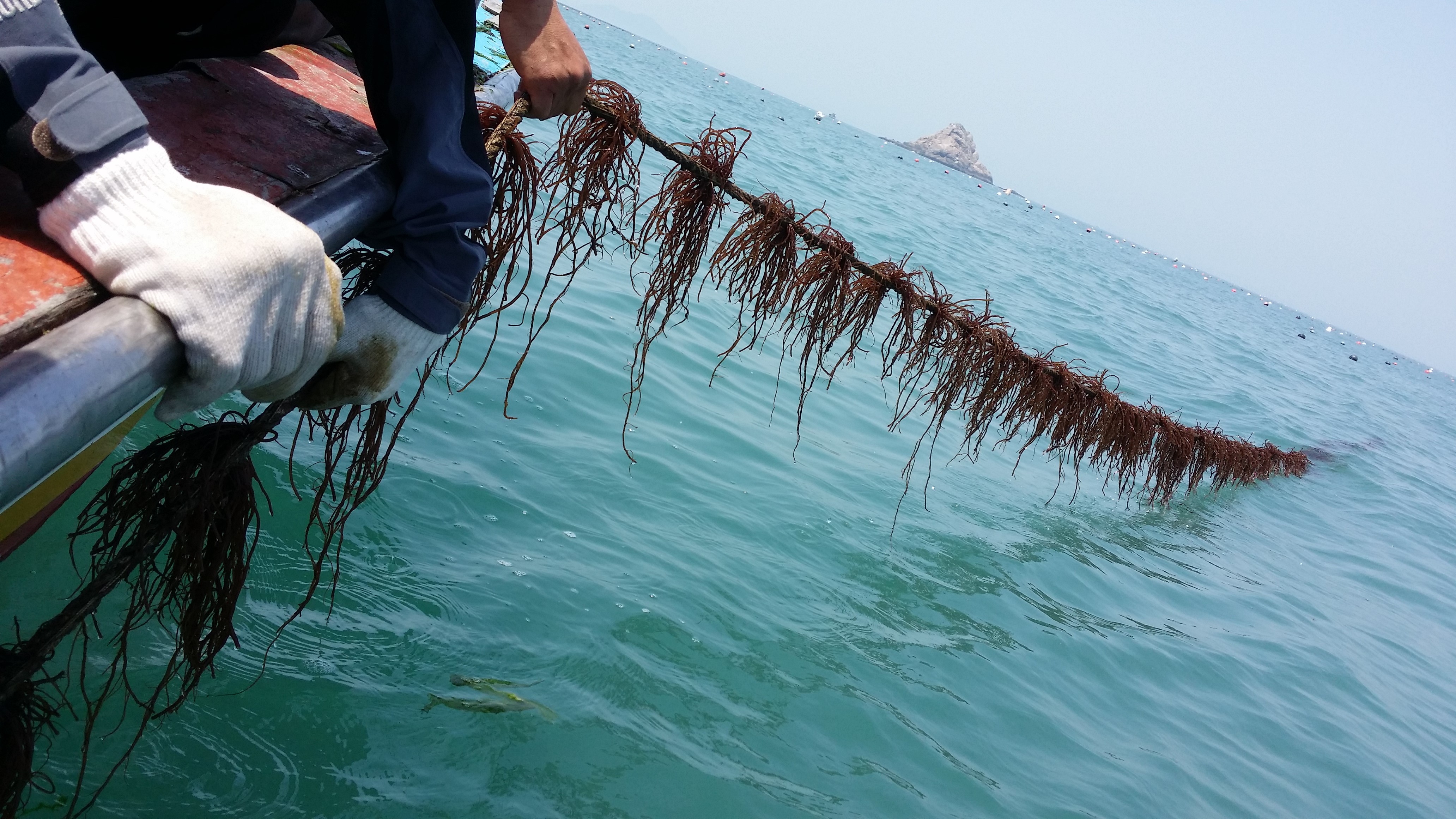 The researchers said that they developed a seaweed cultivation broth based on the results of previous research, i.e. that the growth of red seaweed occurs through the absorption of nitrogeneous nutrients and that the speed of seaweed sprig growth using a spring regeneration method is 2.5 times faster than that of the control group.

Commenting on the achievement, Dr. Kang Do-Hyung of KIOST, said, “The result of our research is very significant, as it will make it possible to drastically increase the production of seaweed by reducing the cultivation period and allowing the harvest of seaweed crops four times a year. Seaweed is a main raw material for food ingredients and bioethanol, which is an up-and-coming new and renewable energy source.”

The researchers at the MS Research Institute said, “It will also result in the stabilization of the domestic raw material market for industrial-purpose red seaweed, which is currently heavily imported.”

In December 2013, the two institutions signed a contract regarding the transfer of seaweed bioethanol-related pretreatment and saccharification technologies from KIOST to MS. The efficient commercialization of this new technology is a result of cooperation between a government-invested research institute and an SME. MS plans to introduce a new product into the market this fall, based on the newly developed technology.

Since 2011, KIOST has engaged in high cell density cultivation of over 10 types of microalgae with high fat and carbohydrate contents in the 40-ton microalgae biofuel demonstration site in its facility in Ansan. MS is a business specializing in R&D associated with microalgae and seaweed-related marine new and renewable energy and relevant bio industry fields, while designing and carrying out contractual work for steel marine plant structures. It also engages in technology development in cooperation with a team led by Dr. Kim Yangsu from the Suncheon Center of the Republic of Korea Basic Science Institute (KBSI).