The Republic of Korea Institute of Ocean Science and Technology (KIOST, President: Hong Gi-hun) reported that it has discovered two new microbes in Micronesia, in the South Pacific.

The new microbes were discovered by a team led by Dr. Kang Do-Hyung and Dr. Oh Chulhong. They are types belonging to Genus of the hierarchy of biological classification. The researchers named them Ochrovirga pacifica and Algivirga pacifica, respectively, according to generally accepted international practice.

Micronesia, where the new microbes were found, is known for its high biodiversity and unique environment for marine life, containing mangroves, Zostera marina, and coral reefs.

The researchers found the new microbes while looking for microbes decomposing seaweed. They are examining them to see whether they work to decompose seaweed and marine plants in the way that they expect. The researchers also expect that the unique colors and enzymes produced by the microbes will be applicable to bioenergy or health and functional foods.

Commenting on the achievement, Dr. Oh Chulhong of KIOST said, “We are working on three candidate groups, in addition to the two newly discovered microbes. They will contribute greatly to the country’s efforts to secure genetic resources, with which the country can claim sovereignty over biological resources, as well as allowing us to achieve a breakthrough in our research.”

The relevant details are included in the online version of Current Microbiology, a renowned international academic journal, specializing in microbes, published by Springer, a world-famous publishing company that was founded in 1978). 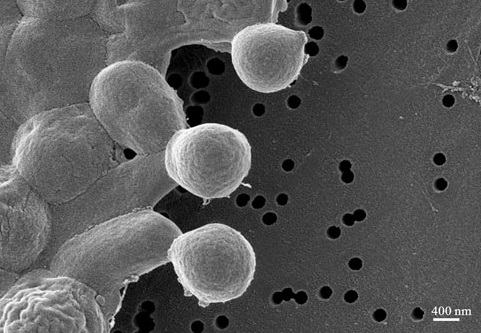