The opening of the Jeju International Marine Science Research and Support Center,
an affiliate of the Republic of Korea Institute of Ocean Science and Technology (KIOST)

On June 19, the Republic of Korea Institute of Ocean Science and Technology (KIOST) (President: Hong Gi-hoon) held a ceremony to commemorate the opening of the Jeju International Marine Science Research and Support Center, a body affiliated with the institute, located in Haengwon-ri, Gujwa-eup, Jeju-si, Jeju-do. 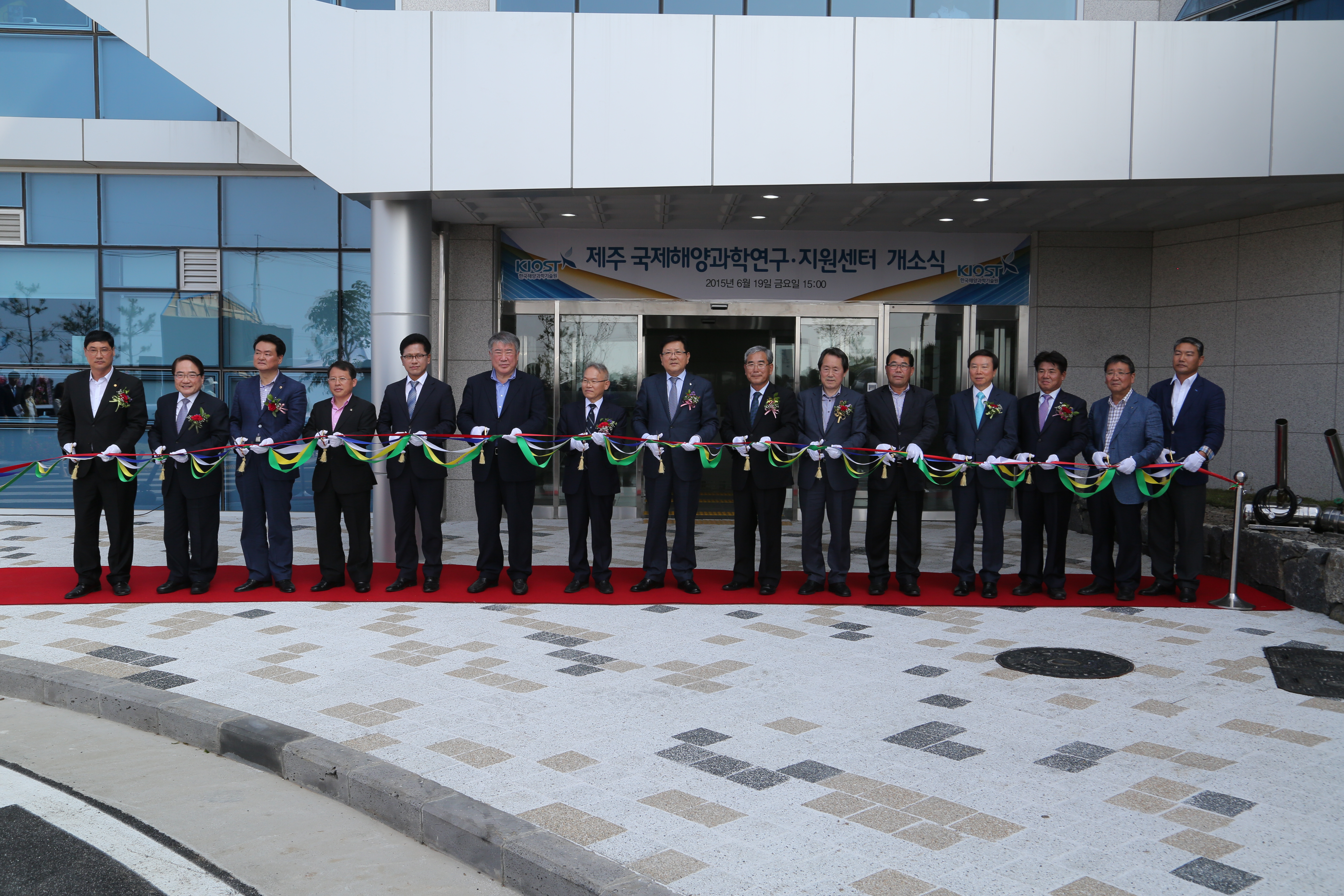 The center will engage in source research for comprehensive marine development and the establishment of a new marine industry on Jeju Island, which is expected to serve as a core forward base for the survey of and research on changes in the climate and marine environment of the Korean Peninsula. This year, the center will provide support particularly for research on strategies for the creative development of the marine biotechnology industry and the establishment of a plan for the development of Jeju Island’s marine industry. Each year, the center will expand the scope of its support. 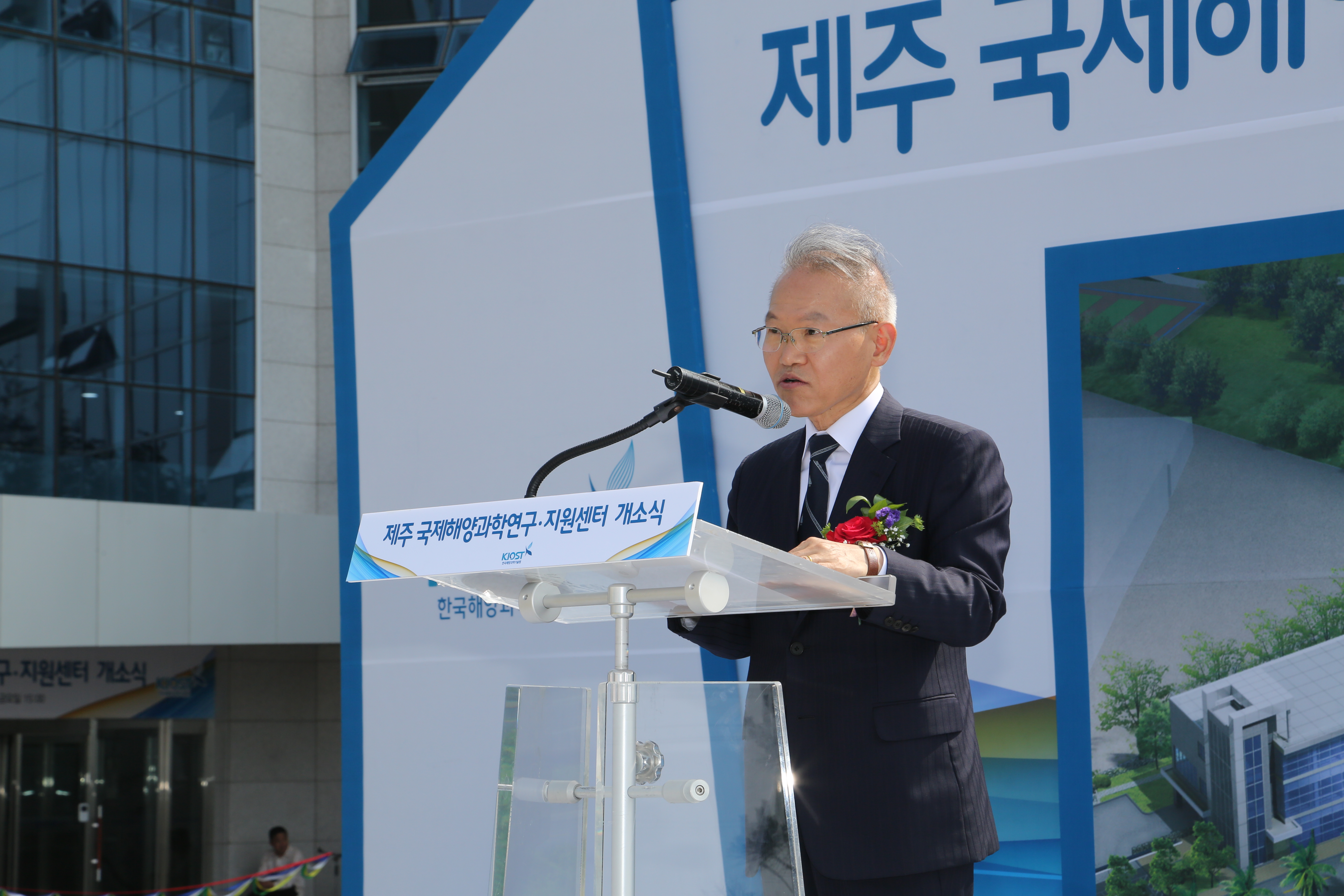 At the ceremony, KIOST President Hong Gi-hoon said, “The new center will make a significant contribution toward making Jeju Island a hub of marine science and technology in Northeast Asia, in addition to playing a role in resolving pending issues on Jeju and solidifying the current collaboration between businesses, universities, and research institutes.”

Furthermore, the center is expected to provide consulting regarding such pending issues in the region, provide educational sessions for elementary and secondary schools on the island, and contribute to the development of the local community.