On December 15, the Korea Institute of Ocean Science and Technology (KIOST, President Hong Gi-hoon) announced that it had succeeded in establishing the world’s first full-cycle, completely artificial farming system for cultured black pearls.

In 2008, KIOST became the first in Korea to develop the technology for manufacturing black pearls, and its technology was selected as one of the Top 100 Leading Research Results of the Year  by the Korean government. The Institute has since continued its research to increase the success rate and enhance the quality of cultured black pearls at its Korea South Pacific Ocean Research Center (7°N, 151°W) located in Micronesia in the North Pacific Ocean. Based on its research results, it recently managed to increase the harvest rate to 36 percent, allowing it to produce 716 eight- to 13-millimeter pearls of various natural hues (gold, eco green, silver, black, and blue).

This harvest rate is on par with that of Tahiti, which produces 90 percent of the global supply of black pearls. And once the technology is commercialized, it is expected to have an import substitution effect of KRW 10 billion per year.

This latest pearl farming technology is a step forward from the current method of culturing pearls, which uses existing natural black pearl shells, as it uses healthy, artificially manufactured shells. This is of great significance as the entire farming process has now become completely artificial.

Whereas current black pearl farming methods harvest pearls by increasing the number of seeds gathered from nature, this new method artificially manipulates the entire life cycle of a black pearl, from its seedling stage to the actual harvest. This is the first time in the world that such a method has been used to harvest black pearls.

KIOST announced the development of its new black pearl farming technology at the 2015 KIOST Performance Report Conference , which was held on December 15 to review and assess recent developments in ocean science and technology aimed at transforming the ocean and fisheries industries into leading future industries and facilitating the systematic management of territorial waters. In addition, it introduced the Korea Operational Oceanographic System (KOOS), which has been designed with the goal of preventing coastal disasters; the KIOST-Cruising Information Display System (K-CID), which was developed through a convergence of ICT and ocean science and technology; and technology intended to monitor the waters surrounding the Korean Peninsula in real-time using the Cheollian satellite.

KIOST President Hong Gi-hoon remarked, “The objective of the Performance Report Conference was to dispel the misconception that ocean science and technology is a difficult field unrelated to people’s daily lives.” He went on to say, “We will increase our efforts to develop more source technologies, such as the new black pearl farming technology, capable of directly contributing to the creation of an ocean industry and, therefore, to the advancement of the national economy.” 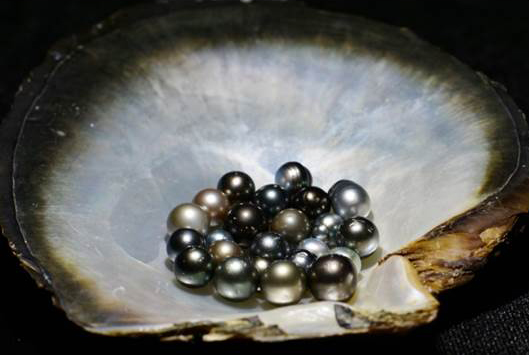