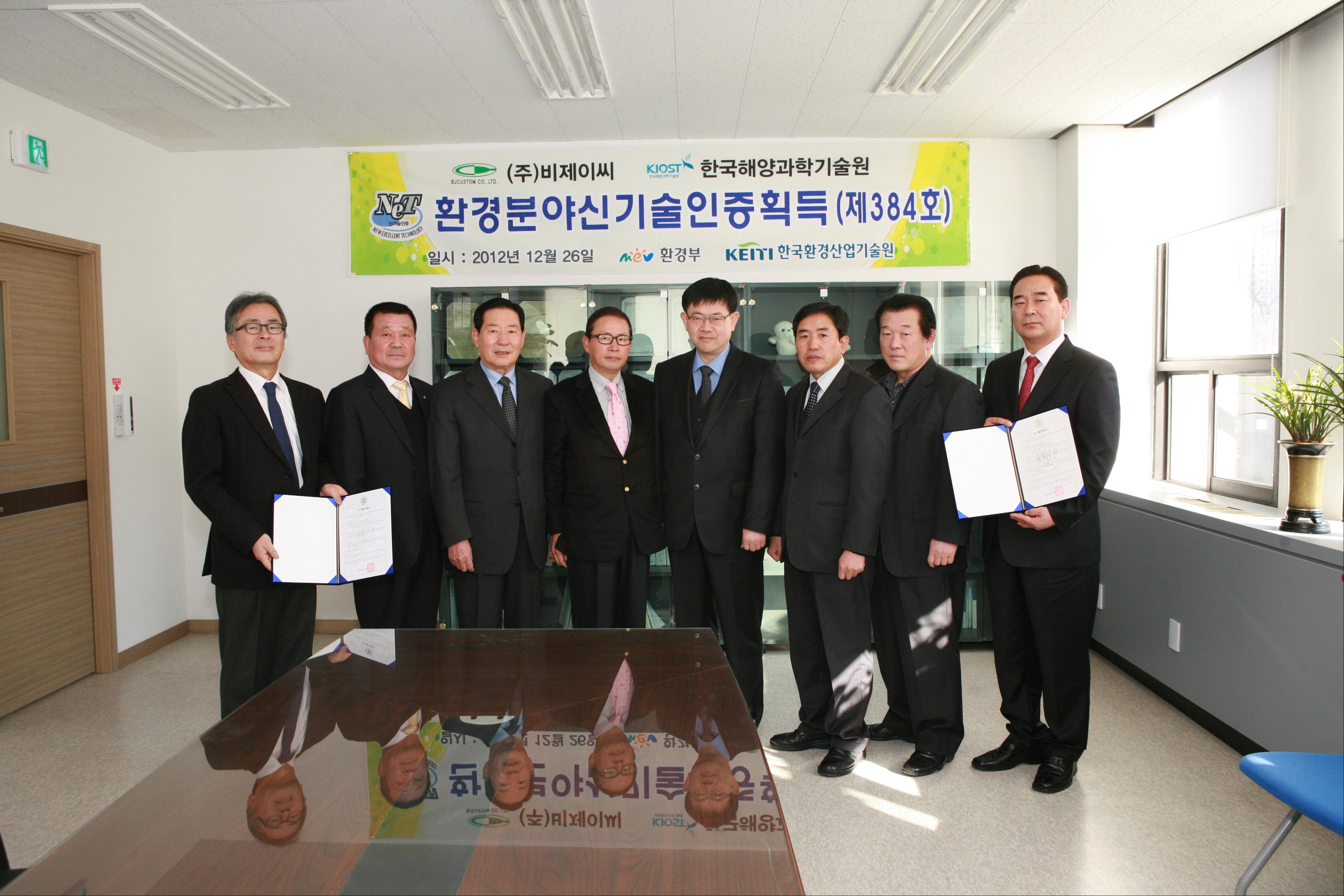 PAH are aromatic compounds that possess more than two benzene rings and hardly decompose in natural environments. Crude oil, coal and tobacco smoke contain significant amounts of PAH, and various toxic substances such as benzopyrene, known as a carcinogen, are also aromatic compounds.

TPH is a term that refers to any mixture of hydrocarbons found in petroleum compounds, and is an index used to measure oil pollution in the environment.

*Hydrocarbon: An organic compound consisting of hydrogen and carbon. It is the main component of oil and used as an energy source.

Utilizing the bioremediation technology developed by Dr. Kim Sang Jin and Dr. Kwon Jae Kyung’s team at KIOST, this new technology treats soil contaminated by oil in an environmental way. In particular, the technology cleans PAH and TPH contamination using various microorganisms such as Novosphingobium pentaromativorans US6-1, which facilitates the dissolution of oil. 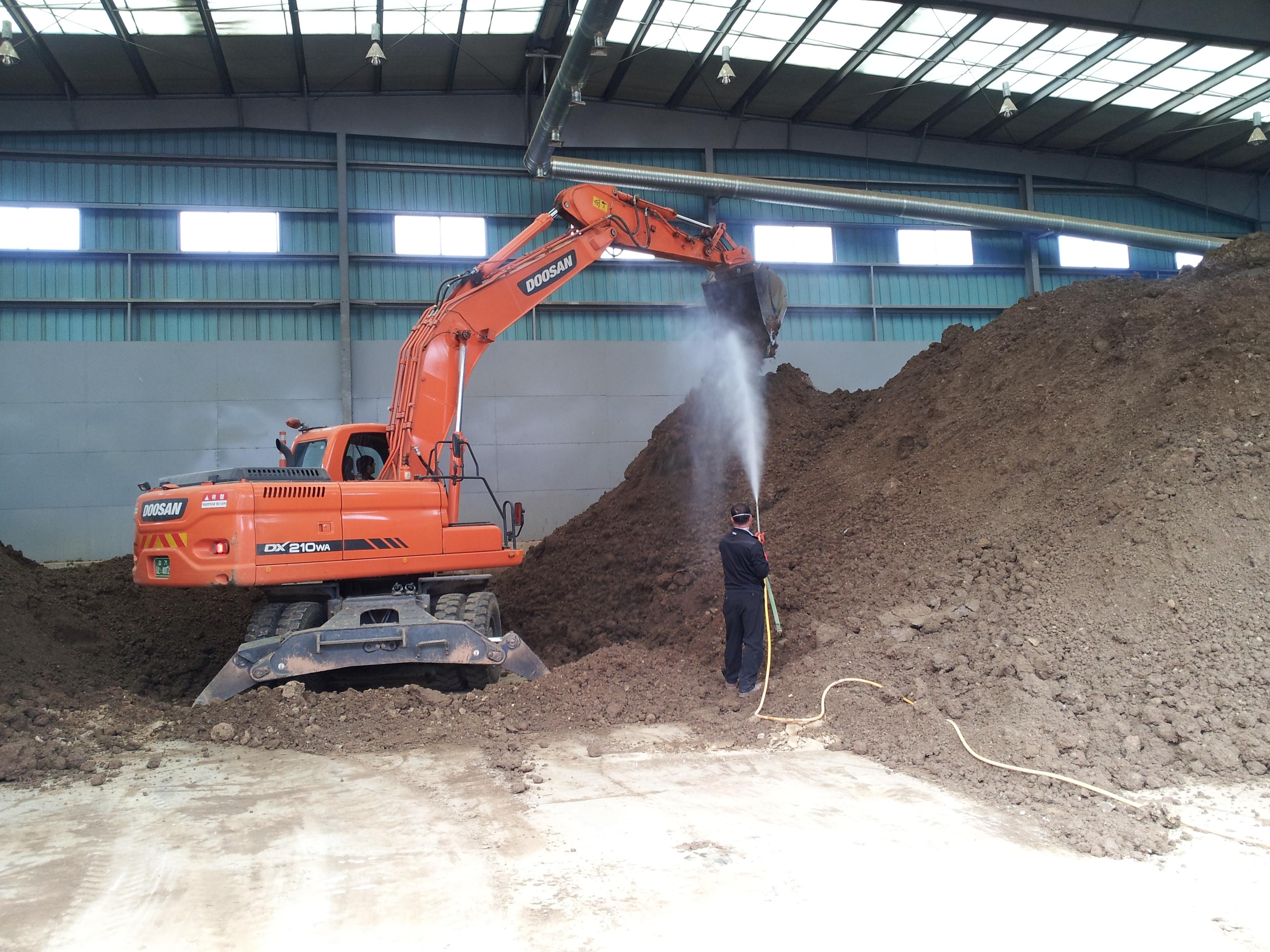 ▲ Certification ceremony hosted by the Ministry of Environment

In addition, unlike existing physical and chemical methods such as cultivation and flushing which have been mainly used to purify environmental contamination so far, experts say that this new technology is better for the environment since it is nontoxic, and that it enables the restoration of contaminated soil in the short term at low cost. The technology is expected to be utilized to purify deposit soil as well as oil-contaminated soil.

The PAH and TPH contamination purification technology is the outcome of research projects carried out under the following: “Development of commercialization techniques to reduce oil contamination in an environmental manner” and “Development of biological purification technology for toxic organic compound reactive capping.” The projects were conducted by KIOST and funded by the Ministry of Environment

BJC commercialized and made a bioremedy from the technology transferred to BJC from KIOST. The bioremedy  has received safety certification, and has been successfully used to purify contaminated soil in the construction sites of US Army units in Paju, Gyeonggi-do.

The technology was recognized by the Ministry of Environment in December 2012 under the description, “a polynuclear aromatic hydrocarbon (PAH) and total petroleum hydrocarbon (TPH) contamination purification technology using bioagents containing Novosphingobium US6-1 and cyclodextrine.”