□ The Republic of Korea Institute of Ocean Science and Technology (KIOST) (President Kang Jung Keuk), announced the hosting of the Workshop for Next Generation Ocean Scientists for thirty doctoral and graduate students majoring in various fields of oceanography for two days from March 14 at Jeju National University.

□ Jointly hosted by KIOST and the Republic of Korea Oceanographic Commission (KOC) with the goal of nurturing future marine scientists, the Workshop provided diverse opportunities for students to build their capabilities as marine experts. Opportunities of particular importance were the Mentor-Mentee Program connecting aspiring ocean scientists with senior scientists, marine science career advice, and an introduction and lectures on marine-related international organizations.

□ The Workshop began with an introduction on marine-related international organizations by Jang Dosoo, head of the International Cooperation Department at KIOST, followed by words of encouragement from Lee Dong-sup, chairman of the Korean Society of Oceanography, and then lectures and Q&A sessions by marine experts and closing remarks by Professor Jung Suk-Guen of Jeju National University.

□ Lectures such as “Today and Tomorrow of Marine Experts” by Myung Cheol-Soo, CEO of Ecocean, “International Cooperation in Polar Research ？ A Multitude of Tasks in a Great Sea” by Shin Hyoung-Chul, head of the Department of International Cooperation at the Republic of Korea Polar Research Institute, and “UNESCO and Oceanography” by Kim Eun-young, chief of the Sciences Team at the Korean National Commission for UNESCO, were held to assist the participants in choosing careers in different fields of ocean science by broadening their knowledge and understanding.

□ In addition to taking part in the Workshop, participants toured the Pacific Bluefin tuna breeding test facilities and the cutting-edge overseas cage culture system at the Aquaculture Research Institute at the National Fisheries Research and Development Institute. They also visited the construction site of the Jeju International Marine Research and Support Center to learn about the purpose of its establishment and future vision.

□ An official at KIOST commented, “The Workshop for Next Generation Ocean Scientists was a venue to listen to and understand the difficulties future ocean scientists are facing in choosing their careers,” and “as a senior ocean scientist, I will continue to be fully committed to hosting and expanding workshops to support the fostering of marine experts.”

□ This Workshop was held for doctoral and graduate students nationwide currently studying in marine-related fields. A total of thirty students from ten schools took part in the Workshop in order of application. 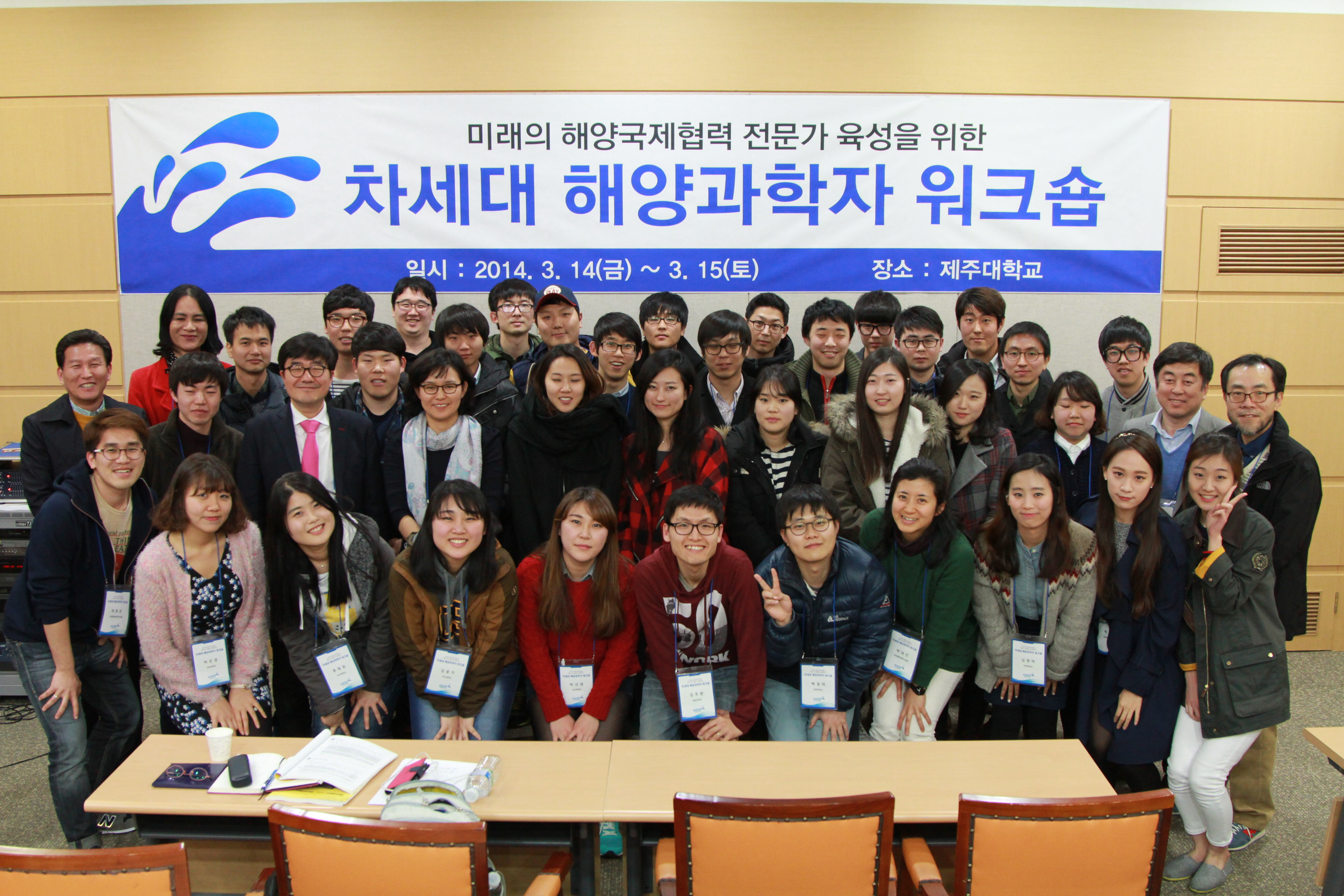